ALL OUR DANCE INSTRUCTORS ARE AVAILABLE FOR HOSTING.  CALL US 727-459-3201 FOR BOOKING AND RESERVATIONS. 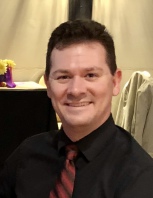 Shawn has 10 years of experience teaching ballroom, latin, social, salsa, swing, 25+ partner dances in a caring and fun way that gets results. Shawn's interest is to elevate the level of social dancing and fun by offering private lessons tailored for newcomers to more seasoned dancers in becoming more confident and capable at social dancing and having more fun. 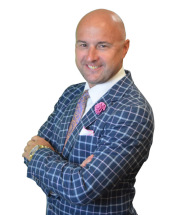 Mario began his dance career in Poland.  Through hard work and discipline, he was able to participate in numerous championships around Europe.  Throughout his career, he has been able to work with a diverse group of people, including those with disabilities.  In 1995,  Mario established one of the first wheelchair Dance Federations in Poland, winning the 1996 World Cup and Open Polish Championship with his partner,  Anna.  In 1997,  Mario moved to New York City where he taught dancing on Broadway.  His dance career allowed him the opportunity to become a dance consultant for the largest dance studio franchise in the world, teaching on four continents.  In 2004, he went on to win the Rising Star World Championships with AMI.  Mario's passion is to change lives through dance.

Penny is originally from Northern California and started dancing at 19 yrs old and has been dancing and teaching ever since.  She is trained in American Style Rhythm and Smooth.  She has been teaching and competing for 43 years for Fred Astaire, Artur Murray and now at Cabaret.  1990, 1991 AM Open American Rhythm finalist, 1991 AM American Rhythm Champion, 1991 USBC Open & Rising Star American Rhythm finalist, 1998 Fred Astaire NE American Rhythm Champion, 1998 Fred Astaire NE American Smooth Champion.  Well trained in both, her expertise also is in Rhythm dances. She has a natural feel for the latin dances with precise and dynamic movements combined with her unique style.  Professionally mannered and always well groomed with today's fashion modern style.  She also loves to assist and apply her knowledge in hair style, costumes and make up for her fellow dance families. 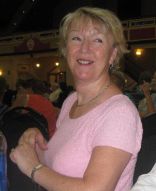 Gail has been teaching Line Dancing for over 25 years, sharing her joy and fun with students from beginners to intermediates.  Gail's You Tube Channel will help beginners to review and practice line dances.  She loves country line dancing so come join the fun! "The music will lead you"

and check our calendar of events.

Recommend this page
Updated and managed by Cabaret Entertainment 2015
Login